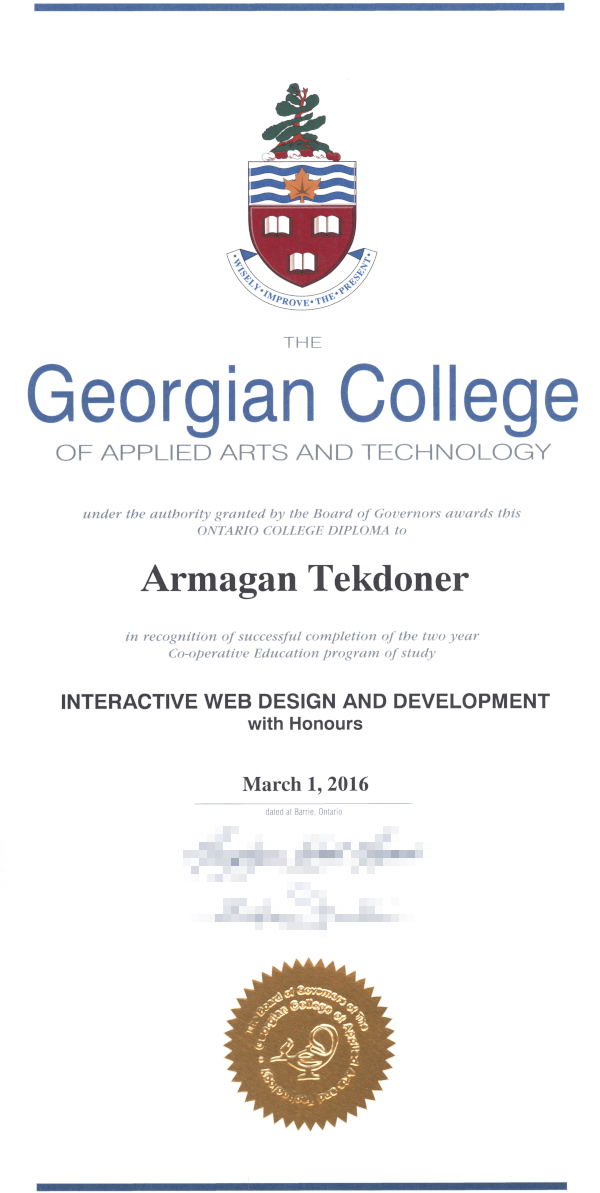 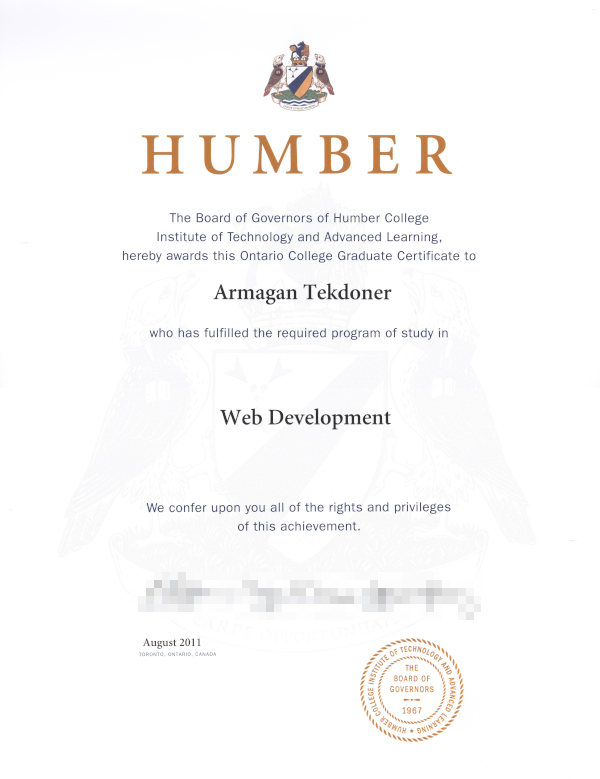 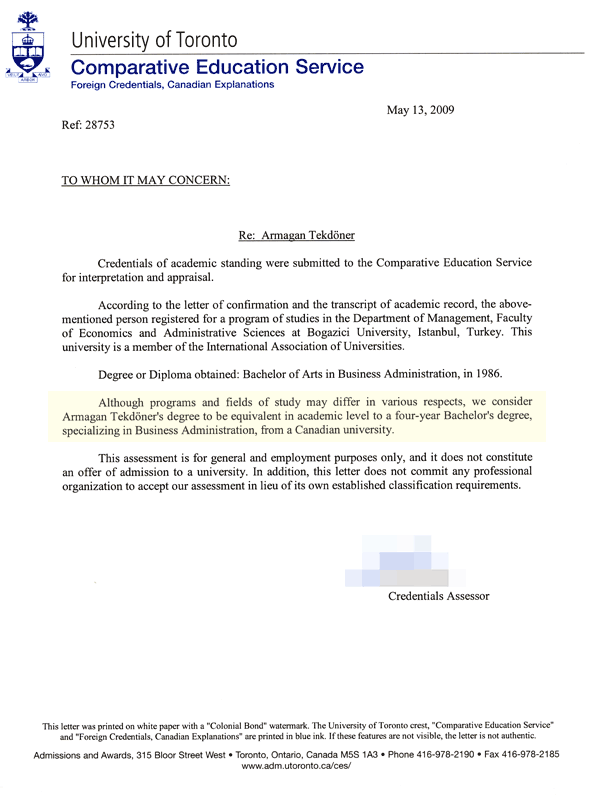 Armagan (Google him, Bing him, Yandex him) can be introduced as a web developer with extensive and recent formal education, as a published crime fiction writer, or as a seasoned imaging professional who has specialised in interiors.

After having sold some half a million postcards in 1980s and having worked for corporate clients in 1990s in the advertising industry, he dedicated himself to crime fiction in the new millennium in order to serve the society even more effectively. It all took place in Istanbul.

He joined the Toronto menagerie in 2008 where he came across with a mystery what they referred to as coding. Subsequent to his release from Vaughan/Toronto in 2012, he successfully made his way to Barrie/Ontario to pursue his oftentimes disapproved activities more comfortably, such as web coding. Having got his daily intake of software at Georgian College for another 3 years, he graduated in 2016.

Left Ontario by the end of 2016. He is alive and well and living in the national Capital Region, Gatineau/Quebec, working for the Federal Government. 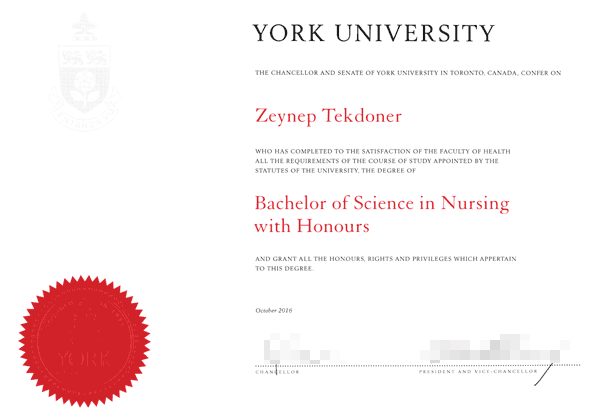 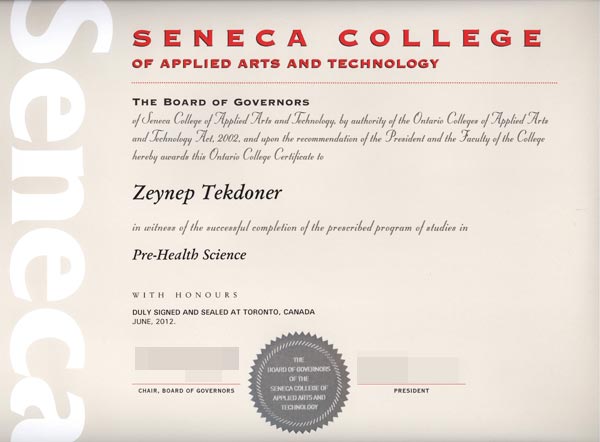 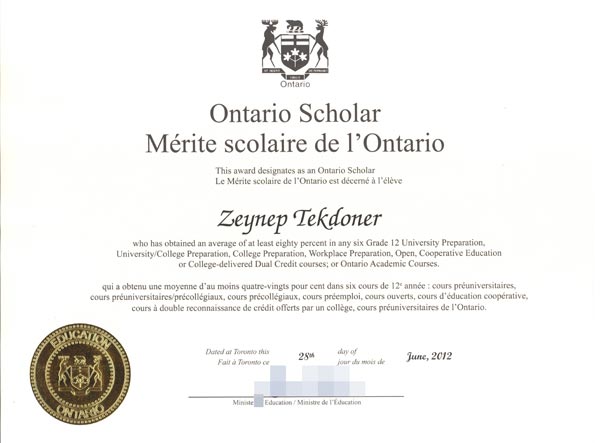 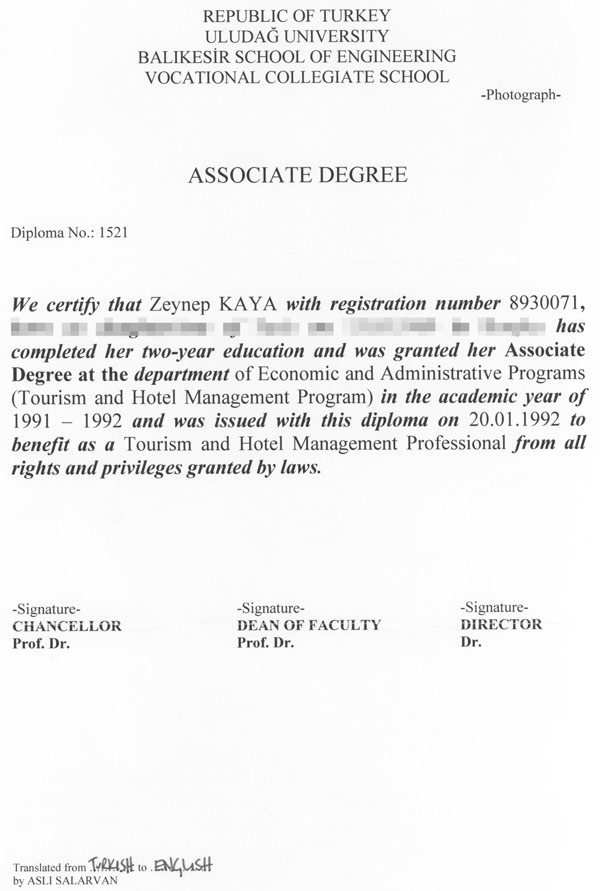 Languages: Turkish and English, plus Japanese at elementary level.

Zeynep was born in 1969, in one of the small towns of Artvin: the northeasternmost Turkish city near to Caucasia.

Money was scarce, electricity was still to come; but, crime was non-existent and prosperity was quantified by the number of books read. Her snowy childhood memories – which are as remote as Artvin is from anywhere – are made up of comforting sheep, a dog, series of books, deep forest, and then the deeper impact of the infamous 1980 military coup.

When Zeynep was at grade 8, her parents and she relocated to Istanbul in the early 1980s in order to flee their hometown that was made uninhabitable by the 1980 junta. She spent her high school (Vehbi Koè Lisesi) years in an advanced maths class with a sea view and had her share of broken dreams in that huge, old Byzantine town. Being mesmerised by the inaccessible, yet very close Ottoman mansions on both European and Asian shores of the Bosphorus; waiting for the infrequently-arriving, overcrowded bus to and from home and school; confronting and hugging each of her 5 siblings every day and night...

High school was over towards the end of 1980s and she made her first attempt to establish an independent life.

As a born service-centred person, Zeynep enrolled in the Tourism and Hotel Management programme at Uludağ University. Her campus was in Balıkesir: the central municipality of the popular resorts in the northern Aegean shores of Turkey. Her souvenirs included playing basketball, cohabitation with schoolmates, parties, internships at hotels, and facing the loss of her endearing father to cancer.

Right after her graduation in 1991, she realised English language knowledge was gradually becoming a prerequisite for survival.
A few months later, she was working as an au-pair in Letchmore Heath, England. She still remembers each and every day of that sojourn in England, dominated by the reminiscences of one failed love affair and the resounding images of the Jewish host family's enormous support, which all ended in 1993.

The lifestyle she witnessed and became a part of there, would shape her perspective permanently.

When she was back in Turkey, she was determined to expatriate herself.

Istanbul Act 1 Scene 2 would be a brief scene, as the only choice available to Zeynep was to live with her mother and siblings, which no one would consider a dream life.
The actress deviated from the playscript then and there. She quitted her peanut-paying secretary position at Deloitte and Touche, which she got thanks to the British accent she adopted in England, and left parental home to become the architect of her own life.

Standing on Her Own Feet

There was the breathtaking view of Antalya in the backdrop, the setting was Zeynep's first unshared home, and the date was April 1, 1995.
Having had just completed the training period, she had her first flight (as a Flight Attendant at SunExpress) scheduled for the next morning. That was the night she would meet her future soulmate from Istanbul, that is me, as a consequence of infinitely improbable coincidences.

4 frantic Antalya years marked our frequently restarting relationship. Countless travels between Istanbul and Antalya, 3 New Year's Eve celebrations, a vacation in Poland, and of course, the redefinition of obsession... When she relocated to Istanbul and faced the truth, we decided to separate for the nth time.

But honeymooned in Santorini instead.

1999, Cihangir, Istanbul.
Zeynep initially tried another airliner as a Flight Attendant. However, air-hostessing was no big fun and the small photography company we owned was performing excellently. We thought running it together could be a better choice. She joined the production team, leaving the Flight Attendant position for good.
Home improvement, purchasing collectibles, night outs, and Beyoğlu were the keywords. The photography business was lucrative and money was pouring in, until it was not: someone introduced the digital photography and I was not expecting this. But who cares? I estimated we could live on our existing wealth, ceteris paribus.

And when the very unplanned happened, the entire script required a rewrite. The unannounced fetus Ege was successfully hiding himself not to be discovered until his 4th month. "Ceteris paribus" thus collapsed.

She became a full-time devoted mother, who often did overtime work. Ege reciprocated by being too perfect to be true and quartier Cihangir – with the overrepresentation of writers, directors, and the other celebrity – was more than inspiring even for the married-with-children.

New friends with toddlers at park, privileged children being raised in the middle of everything, rapidly improving economy of Istanbul, a highly intellectual atmosphere, Japanese language classes: Zeynep did consider this a dream life.
But the astronomical kindergarten fees that never existed before were certainly not a part of the dream. In 2005, a simple calculation of the cost of raising a child who would be proficient in at least one foreign language, sounded the alarm. Moreover, despite the economic growth the country achieved, the cultural habitat was gradually being transformed into another type of environment: a political climate change we never foresaw.

We applied to Canada under the federal skilled worker category in 2006 and started packing our belongings up in 2007, making Canada our main course at dinners.

When she took that ride to Ataturk airport in November 2008, Zeynep knew full well that it was not one of her usual flights at all. We left Istanbul once and for all.
End of act 2 scene 2.

Expatriation as Dreamt of Before

New setting: Thornhill, Ontario, Canada.
In 2009 and 2010, she was back at high school (Dr. Bette Stephenson Centre for Learning). Amicable Jewish-Russian Community Centre, Promenade Circle, snow white snow, VIVA transport, next-door neighbours who would become permanent family friends in time, and loads of civilisation became her vivid memories. (How traffic flowed in Ontario, was difficult to grasp though.)
2011 was about her Pre-Health studies at Seneca College. When she went there just to learn some more English, she was neither expecting to graduate with honours nor to be one of the very few among her classmates to be admitted to the highly competitive Bachelor of Science in Nursing programme.

We relocated to yet another rental house in Barrie in 2012, in order that Zeynep could do the first 2 years of her nursing studies that were collaboratively held by Georgian College and York University. Detached house experience, acquisition of Canadian citizenship, even whiter but absolutely bulkier snow that necessitates shovelling like mad, numerous exams covering boxes of books, working part-time as a PSW at Coleman Care Centre, the arrival of JJ-the-dog, unique frustrations, and new sets of hopes... That was the list of first-evers there.

We were living in Barrie for one reason: Zeynep's studies. When she graduated on August 2016, that reason was nullified. The never-ending tenantship in Canada was begging for an ending already.

Settling in the National Capital Region

When the U-haul truck from Barrie parked at the driveway of our own home in Gatineau, on December 2016, Zeynep was on cloud nine, as there would be no more outgoing U-haul trucks.
The milestones of 2017 were the NCLEX-RN (National Council Licensure Examination-Registered Nurse) exam, daily dog walks while making local friends, and the job offer she would receive from the Kingston Health Sciences Centre as a Registered Nurse, towards 2018.

"Settling in the National Capital Region"?

She has been saving lives at Kingston Health Sciences Centre's cardiac unit, in Kingston, Ontario, since January 2018. 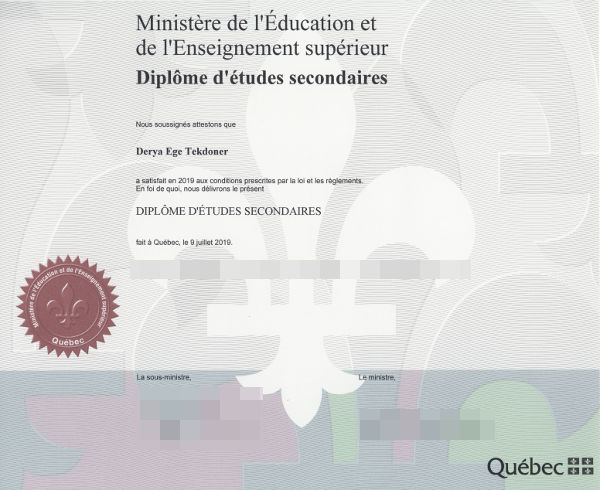 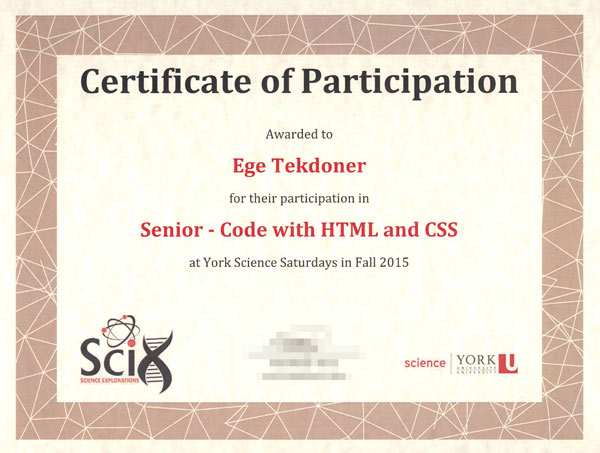 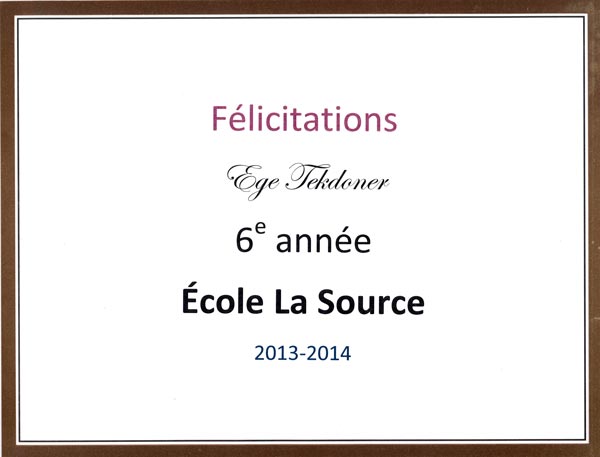 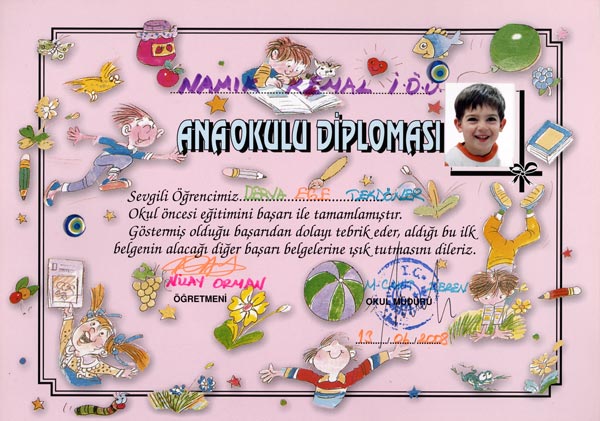 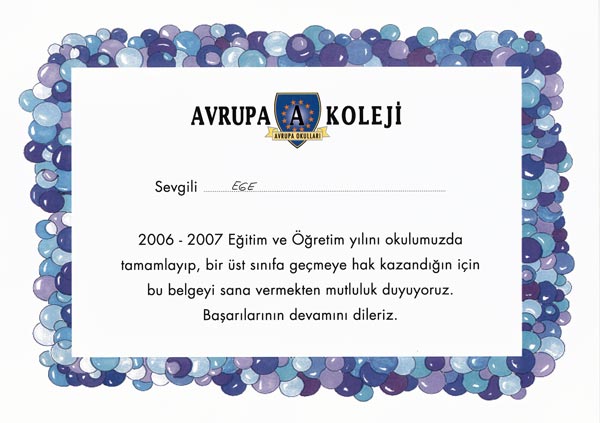 Ege, an extraordinarily well-behaved teenager who arrived in Toronto from Istanbul at the age of 6, started grade 1 at Louis-Honoré Fréchette in 2008.

He was transferred to l'école élémentaire La Source in 2012 at grade 5 and has graduated from there at grade 6. Remained a straight-A student until grade 9 and a Royal Canadian Air Cadet at 102 Squadron while he lived in Barrie.

He moved to Gatineau, QC, by the end of 2016. Having studied in the middle years programme of International Baccalaureate at l'école Polyvalente Le Carrefour until 2018, he went to Montréal to complete his CEGEP studies at Collège Jean-de-Brébeuf.

JJ was born in 2015, in Bancroft, Ontario. Moved to our home in Barrie 2 months later where he received his training at Pet Smart. At the age of 4, he now lives in Gatineau and Kingston. Is capable of staying at home all alone without chewing a single thing, apart from his own toys.

About the entity: Studio Gri Fare

Studio Gri Fare was officially incorporated as a small business in Istanbul, Turkey, in 1993. The scope of its business was mainly product photography. Its very first corporate client billed was Vitra, Eczacibasi.

Tens of thousands of film-based photographs in 3 different formats (35mm, 6X7cm and 4X5inch) were taken under its roof. It contributed to some 100 brochures and books, sold about 500,000 postcards and 5,000 posters while in business.

It closed its doors officially in 2008 at the very same spot displayed on the left, a few months before the owner family emigrated to Canada.

Its cyber doors are still open as you can see and it will be on the Internet as long as one of us maintains this website.

Version 1.0 (2005), the very first design, was launched as a "1-page catalogue", which was merely made up of merged images with embedded textual content. That was Armagan's first rencontre with the digital world he did not believe in until then. Unfortunately, no screenshot of that is available today.

Version 2.0 (2007), the second major design, was the first real website Armagan worked out, using Macromedia Dreamweaver's "design view" functionality that allowed dragging-and-dropping. It was before our arrival in Canada and that was all Armagan knew about web design.

Version 3.0 (2012), was created after Armagan graduated from Humber College, using the then-trendy techniques. As a matter of fact, Armagan went to that college to be able to redesign this website better.